Love in the time of Corona 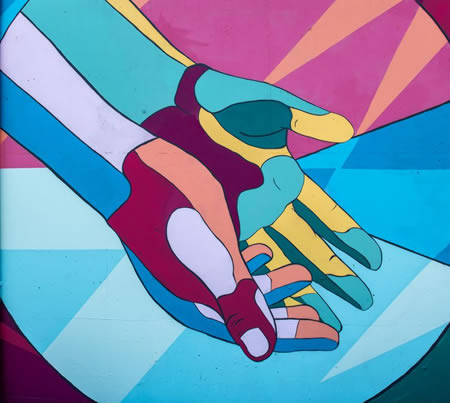 “Together they had overcome the daily incomprehension, the instantaneous hatred, the reciprocal nastiness and fabulous flashes of glory in the conjugal conspiracy. It was time when they both loved each other best, without hurry or excess, when both were most conscious and grateful for their incredible victories over adversity. Life would still present them with other moral trials, of course, but that no longer mattered; they were on the other shore.”

Gabriel Garcia Marquez, Love in the Time of Cholera.

How we wish this will be said of us after the Corona lockdown.

We have just passed day 12 of “social distancing” and staying at home in a small apartment with outside excursions allowed once a day for exercise and essential shopping.

We have been married for 32 years and have had a fairly stereotypical, vanilla life with three children, a couple of dogs and a bird, living in supposed happiness under the African sky. And yes we started out with starry illusions that we would stay in love forever, would never ever consider divorce, raise perfectly behaved and successful children and travel the world before a comfortable retirement!

Our commitment and stability replaced these romantic illusions of consistent happiness, and we toughed it out through the 20-year power struggle, close encounters with betrayal and the unexpected grief over our parenting blunders.

We even got as far as semi-retirement and left Africa with great expectations of low key, stress-free jobs in the UK, interspersed with frequent excursions exploring every EasyJet destination we could afford! We even had a taste of this dream, this mission which would serve to redeem all the years of disconnection, conflict and animosity during the power struggle.

We suddenly found ourselves together for long periods – longer than we had ever experienced in our entire relationship! Both being quite different, independent and having vast family and social circles, most of our marriage consisted of “spaces in our togetherness” (Kahil Gibran“>Kahil Gibran). Retrospectively, perhaps this is how we managed our differences and avoided full-scale war! This forced togetherness was new territory. And we were in complete denial. We planned to make the most of this time together to enjoy some downtime, indulge in a plethora of good movies on Netflix, cycle together along the river, create a patio garden and catch up on the to-do list. Retired marital harmony at it’s best, any illusions of hot steamy sex long abandoned! Well, maybe for one of us!

On day 1 we spent almost all day watching Corona updates on our various devices, “Whatsapp-ing” our children, family, and friends. We achieved little to nothing but gave ourselves credit for “taking a well-deserved day off”! We felt strong, we were together and could handle this confinement. In some ways, we welcomed the time to re-connect, to complete all the unfinished tasks, plan some trips and enjoy each other.

Day 2 was equally unproductive, mandatory corona-checking interspersed with inane discussions about conspiracy theories, the benefits of masks, how to pack the dishwasher, and consciously working hard at respect, consideration, tolerance and making the most of our time together.

Day 3 we did not talk much – it felt like there was an unspoken mutual agreement to create some distance. We each got involved in our own activities, completing tasks, checking social media with earphones in so as not to disturb each other. I felt like I was biting my tongue a bit – an unwillingness to create conflict. I felt uncertain, not safe, disconnected almost.

Day 4 we “found ourselves” more connected, co-operating through household tasks and doing some yoga together! We did not discuss this or plan it, I put this connected, co-operation down to the warmer weather, and because we had both had a good night’s sleep and were in a better mood than yesterday!

Day 5 was different – we again “found ourselves” kitchen sinking (Esther Perel) and bickering over small things like whose turn it was to make the bed, take out the rubbish or make lunch, with much sighing and rolling of eyes. The news that my husband had been furloughed and would receive a reduced salary, our investments had suffered some losses and some unexpected bills did not ease the building pressure and tension. We got stuck in a meaningless attack-defense dance that just seemed to pull us down regardless of any intentions to respond differently. It was not a good day and of course we blamed each other, and the weather – it had been wet and windy most of the day!

Day 6 started badly of course – neither of us had slept well – our anxiety levels had escalated somehow overnight and before long we again “found ourselves” in a full-scale shouting match, accusations and threats flying between us – the four horsemen of the apocalypse (John Gottman)”>John Gottman) had been unleashed – criticism, contempt, defensiveness and stone-walling! How did we get here? It was as if overnight we had both gathered our own weapons of war, an arsenal of words and historical ammunition. I felt angry, trapped, alone, defeated and exhausted. We each retreated behind our walls and worked on our stories of hurt and blame. We could not speak, words just made it worse.

Day 7 we avoided each other, spoke little, kept a wide berth as if the 2m social distancing rule was applied to us even at home! We silently and diligently completed tasks as if competing for invisible parental approval! Again the weather was warmer and I certainly felt a little more hopeful, but not brave enough to reach out, and dialogue was not a safe option! It was during a walk alone, and a time of reflection that I became aware of a pattern – there was an ebb and flow of energy between us.  At first it was weird, confusing, a little sad maybe and then it dawned on me – this was our relationship at work. I have been aware for many years that there are three in our marriage – me, my husband, and our relationship. Each part has its own identity and power to affect the others. Our relationship – the space between us – is intelligent, has a set of unspoken rules and conditions that govern our interaction and affect the quality of that interaction. Sub-consciously we have co-created this space and now live with and in it. Sometimes this space between is unhappy, disconnected, distant, anxious and even destructive, sometimes it can be peaceful, quiet, contented and relaxed, and at others it is playful, animated, excited, energised and erotic. I was only just realising the reality of this now that I had the time to notice and reflect without trying to change, judge or resist. Looking back I became aware of the unconscious, unspoken co-creation of our relationship dance, sometimes there was a need for deep connection, other times a need for light, playfulness, even a need for high energy sparring showed up! I realised I attached the wrong assumptions and meanings to this relationship dance – I blamed my husband, lack of sleep or the weather when there was distance or antagonism, I blamed myself when I was critical and judgemental and became contemptuous of my imperfections! However when I started focusing on the relationship as a force of its own with the power to control both of us and pull us toward or away from each other depending on what “it” needed to stay homeostatic. It is as if our relationship has a life of its own, trained and nurtured by our own history, our ingrained and inherited reactive systems, and the internal and external pressures affecting the system. 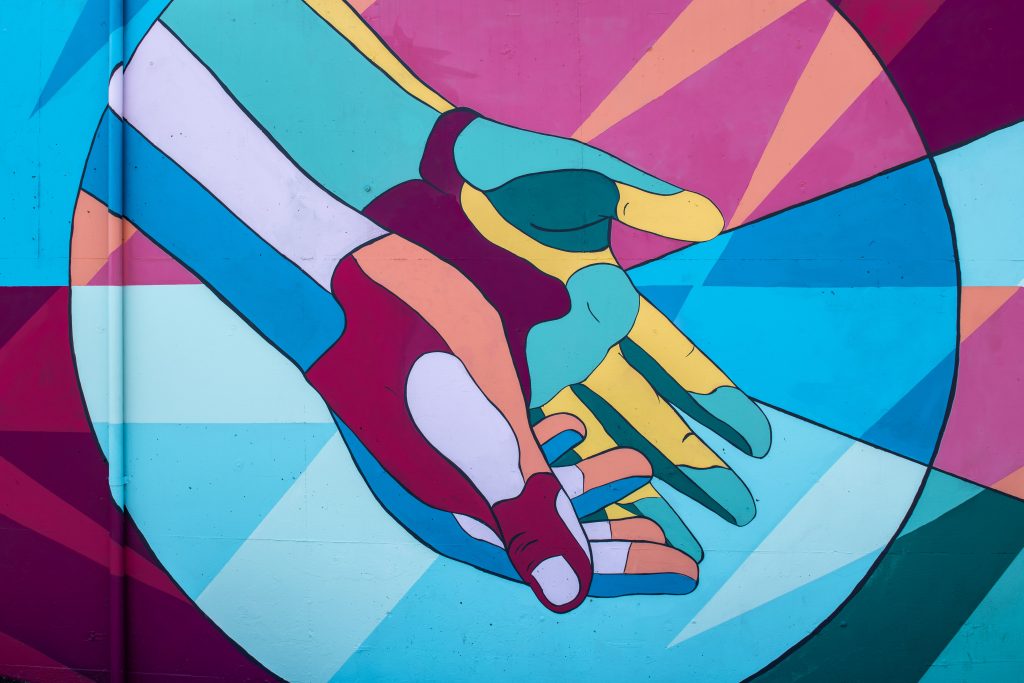 I began to observe the ebb and flow of our relationship and instead of getting upset when the relationship nudged us towards the distance, I embraced it and flowed with it. Instead of resisting the experience of distance, which would be my won’t, along with stories and interpretations, I observed it, noticed it, and welcomed it. At other times when I caught my husbands eye, brushed against his skin, noticed his bids of kindness (John Gottman)”>John Gottman) I smiled understanding this was our relationship moving us towards connection – gently, almost imperceptibly.

This new awareness of an experience I “knew” about, but had never really considered in such a clear and practical way, changed how I responded. Instead of getting upset when he did not hear something I said, or asked me a question at “the wrong time”, I realized our relationship was at work drawing us together, nudging us apart. It was breathing in and out, opening and expanding and then contracting and turning toward, creating more space and then creating more closeness. If we resisted this beautiful life force, we interfered with nature and the natural flow of life.

When I shared this with him, his eyes welled up with tears – we were sitting on a small wall under the dappled shade along the river Thames. He said it felt liberating and freeing to hear this like we could let go, surrender to the intelligence of our co-created space. We could trust our history, trust our love and trust our future to the wisdom and balance inherent in “the space between”. This felt like a gift we could enjoy and a truth we could believe, regardless of what came against or between us. It felt like a new faith, not in each other as individuals, but in the combined energy we have forged together through many years of dancing this incomprehensible dance! The phrase “the whole is more than the sum of its parts” made more sense and invited us into a new and wonderful “conjugal conspiracy”. I am so grateful to be loving in the time of Corona, The challenges of the future do not matter, we are not afraid or intimidated – we are “on the other shore”.